A recent poll released last week by Lucid Talk has revealed ever increasing support for Irish Unity. The polling took place between the 27th & 30th November 2019 and included a panel of 2,422 respondents.

The poll revealed that;

-71% of unionists are voting based on protecting the union

-73% of nationalists are voting based on the prospect of Irish Unity.

Using the Lucid Talk data, Yes For Unity have crunched the numbers against the 2011 census data and can reveal that based on the above;

-495,277 Nationalists would vote for Irish Unity 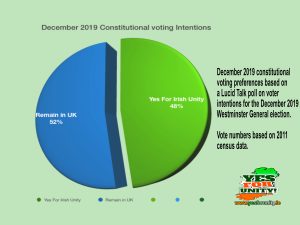 An ever closing margin, that also hasn’t took into consideration the 12.3% approximate increase per decade in favour of the Nationalist/Republican community and also the non-decided. The prospect of Irish Unity is becoming an ever growing reality for this generation.

A Border Poll Is The Only Achievable Mechanism

Armed Republicanism This week has seen the other side of the Republican... read more

Yes For Unity – Addressing contradictions in the Border Poll position The... read more

While welcoming some aspects of the recent open letter released by... read more

Getting people registered to vote in an Irish Unity referendum. The efforts... read more 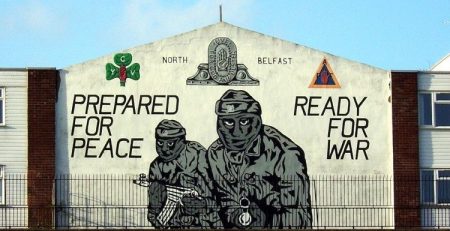 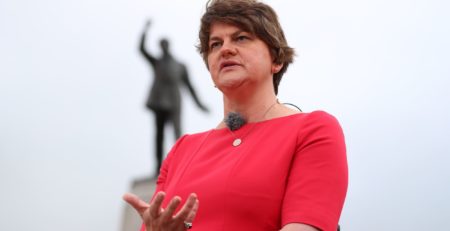